Written by Matt Bush
Updated over a week ago

When creating a full-circle weld it's a requirement to use at least 4 points, the start, at 120 degrees, at 240 degrees, and at the endpoint which is back at the start of the weld. Any less than that and the robot will most likely not follow the path of the weld.

When creating radial welds less than 360 degrees it's a requirement that they must contain at least 3 points with the first two points being radial point types. For instance in the weld path shown below, points 2 and 3 would need to be radial points, and point 4 would be a linear point as the robot is departing the radius in a linear fashion 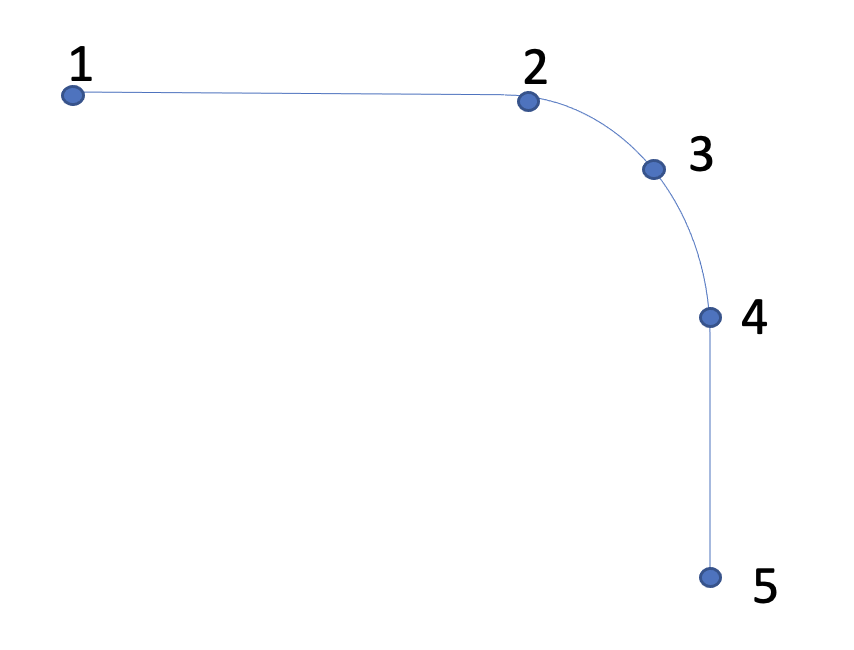 One of the critical concepts to be understood is how the robot converts these radial points into an actual radial path to follow. Using linear math the robot program determines the triangle that connects these points and then finds a circle that circumscribes that triangle with all three triangle points lying on the circumference of the circle such as 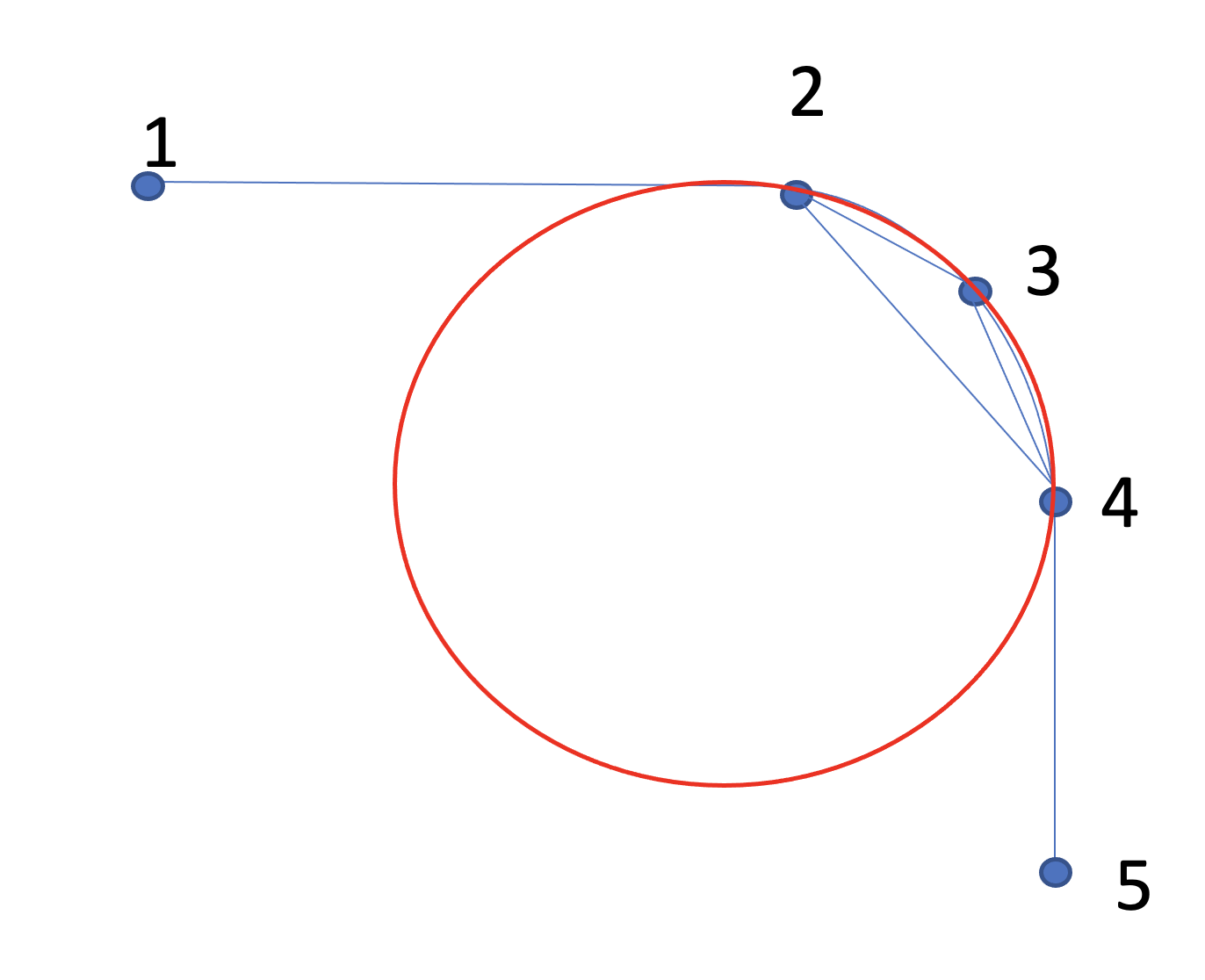 When we begin to expand this concept to how a full circle is created using the radial points it should become obvious that we need more than 3 points on a circle to create a full radial path that accurately follows the path of the circle.

Let's start with a simple example using only three points to see why this is so critical. 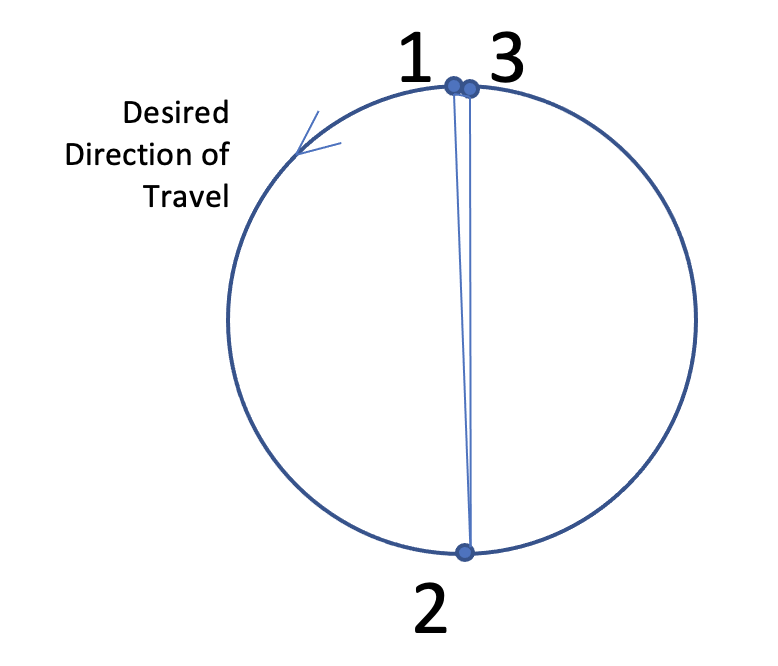 As you can see from the image above, we wound up with a very narrow triangle that we now need to circumscribe the circle onto. This makes the math very difficult and also very dependent on the points being taught very accurately. A better way to create a full-circle weld is to use at least 4 points to construct the circle such as the figure below 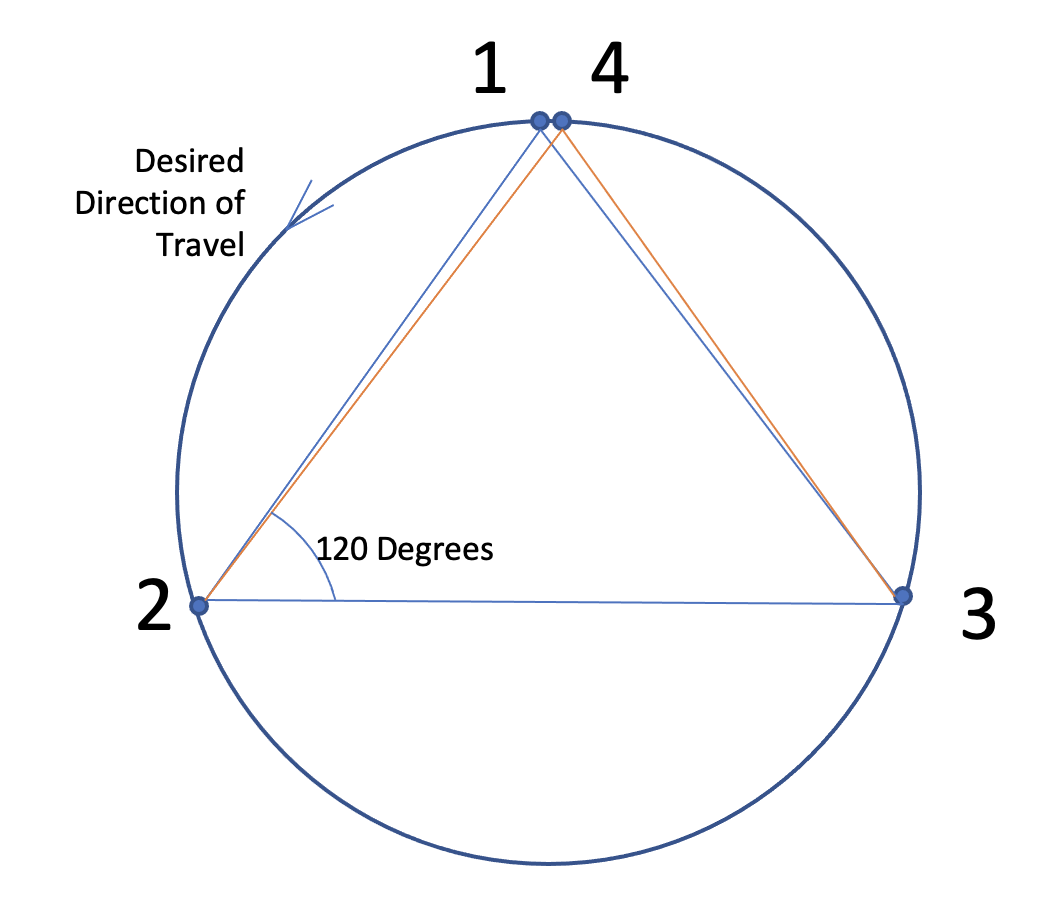 In this example, we have placed points 2 and 3 approximately 120 degrees, or a third of the way around the circle from the starting point. This will allow the program to use two triangles to determine the two halves of the radial path, from points 1, 2, and 3, and then a second triangle between points 2, 3, and 4.

To make a full circle it is a requirement to use at least 4 points to represent the circle to the robot, the start, at 120 degrees, at 240 degrees, and at the endpoint which is back at the start of the weld. You can also overlap the start with the stop point if you want to ensure that the weld is sealed at the start/stop point.

If you need to make your welds more closely follow a joint that may not be a perfect circle it is possible to add more points to the weld. A good common ground is to use 5 points with the points existing at the ordinals of the circle, every 90 degrees. This is also a lot easier for people to see when they are teaching the weld as it is pretty easy to slice the circle into 4 equal slices.

One tip that I use when planning where I want my weld points to be is to use a marker, whether it is a Sharpie or a piece of soapstone to actually mark where each of the points is going to be placed on my weld path. This way I can mark where each of the radial points will be placed and make sure that I am dividing the circle up into the correct number of slices to give the robot the best chance of following the path that I want.