Learn about restoring previous versions of your parts

Written by Rob Goldiez
Updated over a week ago

Beacon automatically keeps track of changes to your parts, as you make them. This is a convenient features that can be a lifesaver if you find yourself trying to understand how changes you and your team are making impact the performance and quality of production. This article explains how to access your previous versions of your parts, compare changes between versions, and restore prior versions.

As you create a new part or make changes to an existing part, Beacon automatically creates backups of your part before your changes were saved. This can be really handy when you're trying to optimize the performance of a part or to protect your work in the event of a mistake by you or someone on your team.

Accessing part history is simple. Click the history icon in the toolbar to bring up a window with the history of changes for your part. 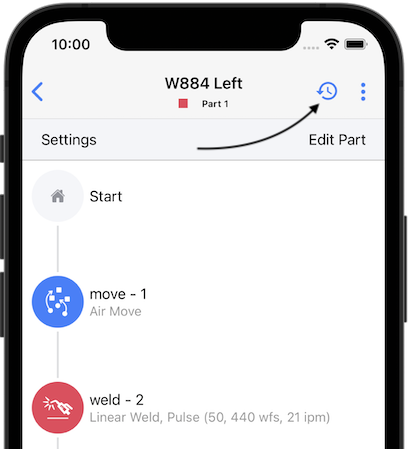 Comparing a version to the latest version of a part

When viewing the history of a part, you’ll notice each version lists the date and time when that version was last saved as well as who made that last change. On the right, you’ll see a badge with the number of times that version was executed.

Comparing a version to the next version of a part

Sometimes you want to investigate the changes to a part incrementally. To do that, switch to the next version for your comparison. 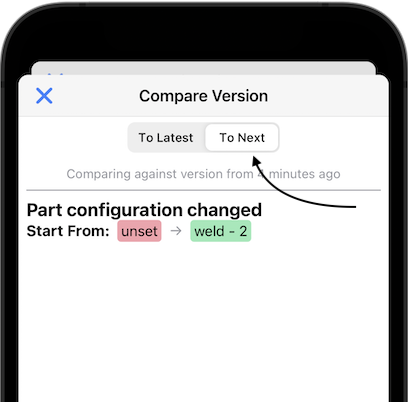 Restore a previous version of your part

If you want to restore a previous version of your part, you can easily accomplish this from the list of versions. Simply tap (mobile) or click (desktop) on the restore button on the version you want to restore. Note that when performing a restore, a new version will be created as if you had saved changes to the part.